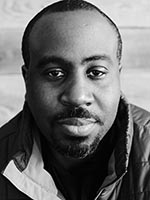 Professor and journalist Chenjerai Kumanyika’s research on social justice and the Civil War era has resulted in the fascinating, much-heralded “Uncivil” podcast. As described on its home page:

America is divided, and it always has been. We’re going back to the moment when that split turned into war. This is Uncivil: Gimlet Media’s new history podcast, hosted by journalists Jack Hitt and Chenjerai Kumanyika. We ransack the official version of the Civil War, and take on the history you grew up with. We bring you untold stories about covert operations, corruption, resistance, mutiny, counterfeiting, antebellum drones, and so much more. And we connect these forgotten struggles to the political battlefield we’re living on right now.

“Uncivil” can be accessed at: http://uncivil.show/