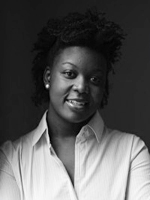 Khadijah Costley White has published The Branding of Right-Wing Activism: The News Media and The Tea Party with Oxford University Press. It discusses the Tea Party’s ascent to major political phenomenon and the way in which partisan and non-partisan news outlets “branded” the Party as a pot-stirrer in political conflicts over race, class, and gender. The news media played a major role in developing, cultivating, and promoting populism’s brand, particularly within the news spaces of commentary and opinion. Through the language of political marketing, branding, and promotion, the news media not only reported on the Tea Party, but also acted as its political strategist and brand consultant. In a media environment in which everyone has the opportunity to tune out, tune in, and speak back, The Branding of Right-Wing Activism ultimately shows that distinctions between citizens, journalists, activists, politicians, celebrities, and consumers are more symbolic than concrete.