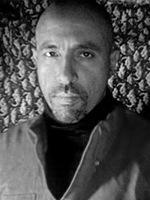 Prof. Jack Bratich continues his work on social movement media with an analysis of the Nuit Debout protests in France [Up All Night, Down for the Count?  A Compositionist Approach to Nuit Debout” International Journal of Communication (12, 2018, pp. 1908–1927)]. He asks whether the over-investment in branding and media-making before the launch led to a rapid spread, but quick demise of the movement (if it was indeed a movement). He also currently has two journal manuscripts under review: